Gunshots sent people screaming and ran to their cars

Two people were treated for gunshot injuries.
One was stabbed in the head.
at a party event in High Elms Lane, Abbots Langley in Hertfordshire.

Sharriff Dacres, 21, of Cotterells, Hemel Hempstead, has been charged with attempted murder and Alexander Dacres, 26, of Tudor Avenue, Watford, with possession of a firearm, possession of ammunition and two charges of possessing drugs.

Both men have been remanded in custody and are due to appear at St Albans Crown Court on July 15th.

An eyewitness living in High Elms Lane said a man came to his home asking for help after being shot.

He said: "The man came to the house saying he'd been shot, asking me to call the ambulance and help him.

"I went back into my house and called them. By the time I came back to my door he'd gone across the street asking more people for help."

video footage by WL
Drivers and Vehicles searched for possible Weapons or Drugs after incident at party.

Police said eight men were arrested, of whom two have been charged and six have been released on bail.

A man who was returning from going out to get a take-away meal, could not drive home due to so many roads being closed off.

He had driven all the way around Abbots Langley in hope, but found that both directions of the dual carriageway had been sealed off. And also the inter-connecting roads.

He ended up back to where he had first started and when was forced to walk home.

About 30 or so local residents came out to see what was happening. Whilst many others were asleep.

Police Cordoned off and Stopped n Search party goers after Gunfire at LinkUpTV Party in North West London at 9pm Sunday Night.
About 100 Police officers arrived at the scene of the party where some gunshots were reported.  One man is in a critical condition in hospital.

One man who said he knew the owner reports "that a London Gang had come in at both ends of the road to go to the location, supposedly to make a hit."

One man stabbed, another was shot, are now in hospital in critical life threatening condition.

An East of England Ambulance spokesman, said: “We were called at 9.05pm to reports of an incident on High Elms Lane.

The High Elms road is still closed off.  A special Police Team has been on location. High Elms Lane where the Video Production Party was being held at the manor, reportedly a Drug deal went wrong and either a stabbing or gunshots went off. The Manor usually hosts weddings and has appeared in a TV Documentary on UFO sightings "I Believe in UFOs"
Three schools that are close by, did not open today with a planned visit by Parmiter’s School to Whipsnade Zoo was also cancelled.. But some 33 students at St Michael’s sitting A-levels and GCSEs were being allowed in via side entrances. 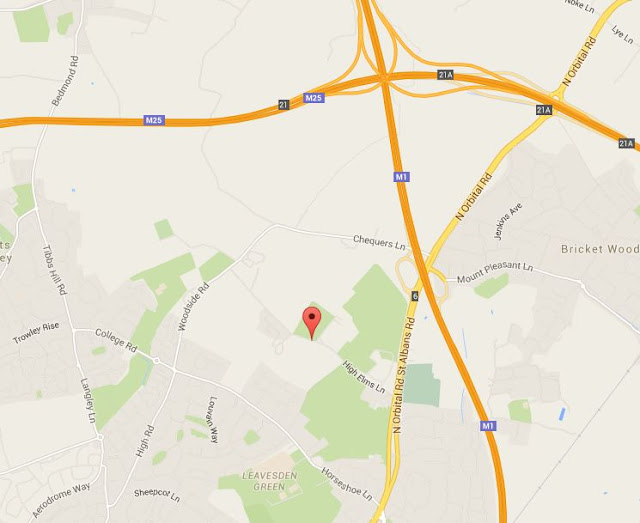 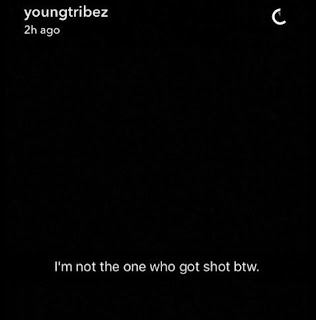 Several eyewitnesses said west London rapper Young Tribez was shot at around 9pm, yet the Rapper says he was the one stabbed.
Moments before the shots, there was a commotion between two gangs of people.

UPDATE 16th June:  Police are considering charging the 20yr old Man from Hemel Hempstead still in custody since Sunday night with attempted murder.
The injured men in hospital have now been allowed home.
6 other men have been released on bail.