Twenty-one people have been charged in connection with a protest which took place in Maple Cross, Denham on Friday 9th.

The charges related a demonstration which saw protesters assembling large structures with complex lock-on devices to block entrances at an HS2 construction site in the morning at 7am.

Specialist officers worked throughout the day to remove them, and the site was made clear by around 3pm.#

The following people were charged with Section 241 of the Trade Union Act, namely compelling another person to abstain from doing an act which that person had a legal right to do:

Two young people under the age of 18 have also been charged in connection with this incident.

Those charged in the list above have been released on bail but with conditions.

In a statement on its website this morning, Extinction Rebellion said: “Today, Friday October 9, Extinction Rebellion and Stop HS2 have responded to the Prime Minister’s call to protect biodiversity by blocking HS2 worksites across the 140-mile stretch from London to Birmingham asking him to tell the truth and, in his own words ‘act now without dither or delay’.

“Extinction Rebellion targeted the 135 acre tunnelling site in West Hyde near Denham next to the M25, where the £16million tunnel boring machines are due to break into the Chilterns in early 2021.”

In conjunction with the National Day of Action Against HS2, by Extinction Rebellion, residents from Aylesbury held their 2nd peaceful protest along the Oxford Road. The National Day saw protests along the route of HS2 from Birmingham to London 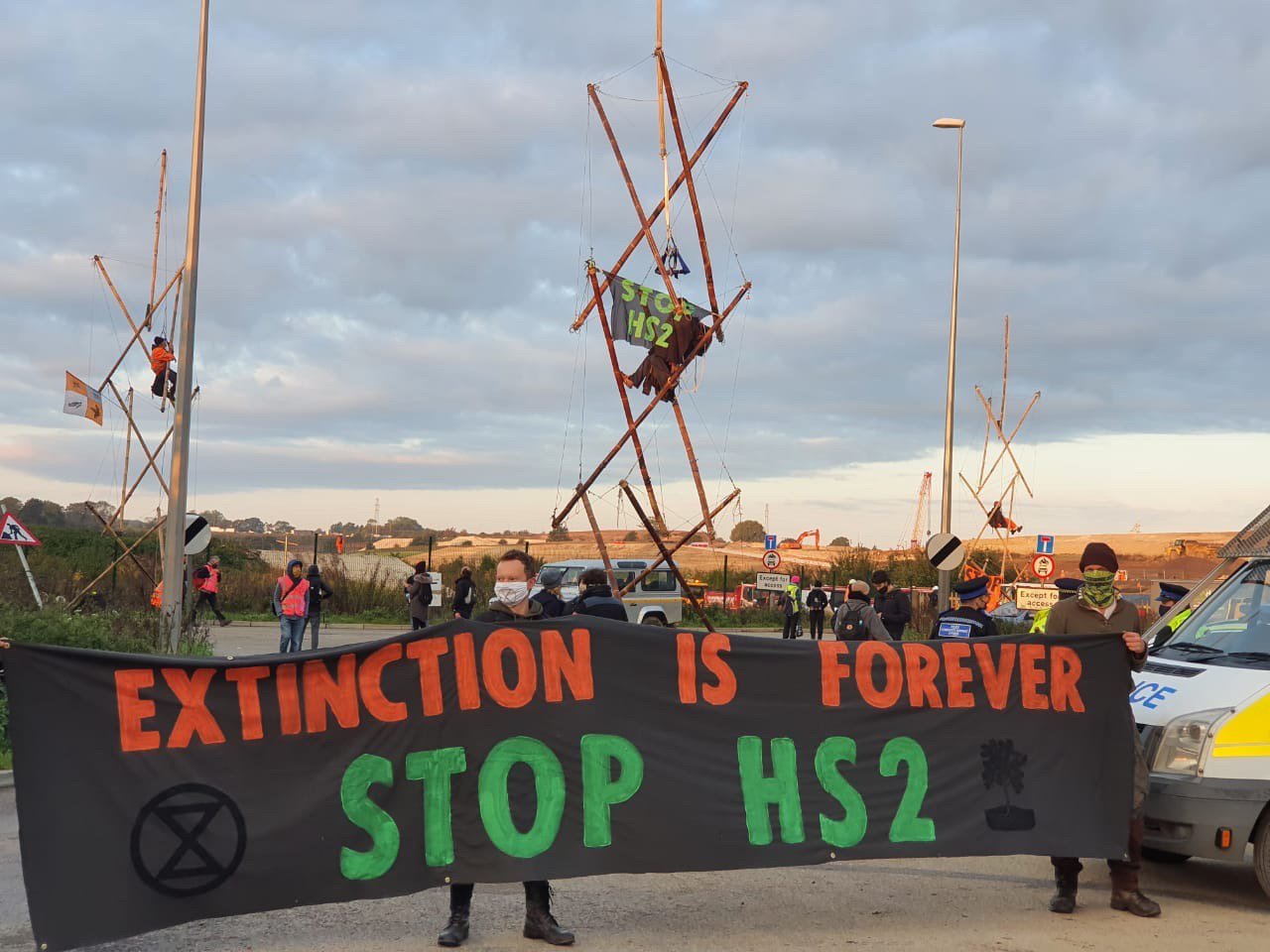