The funeral of EastEnders and Carry On actress Dame Barbara Windsor took place at Golders Green in London.  She died aged 83. 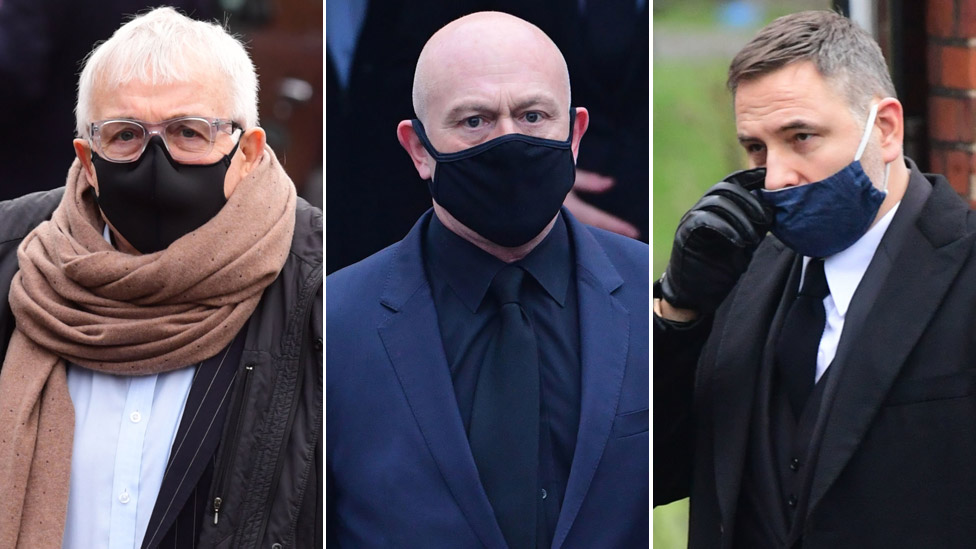 “My heart goes out to every family who have experienced the same restrictions at their loved ones’ funerals.”

“As Covid has denied so many of Barbara’s family, friends and fans a chance to say farewell properly, I wanted to share the order of service to let people be a small part of it,” Mr Mitchell told the PA news agency.

He added: “I would again like to thank my family, friends, the media and the public for their incredible support and well wishes since Barbara’s passing.”

Dame Barbara’s coffin was brought into the crematorium to sound of Frank Sinatra’s On The Sunny Side Of The Street, and the service featured a recording of Sparrows Can’t Sing from the actress’s 1963 film of the same.

It finished with the famous topless photo of Dame Barbara from the film Carry On Camping, alongside her quote: “That picture will follow me to the end.”

Alzheimer’s Research UK recently said it had seen a spike in donations since Dame Barbara’s death, and a JustGiving page set up as a tribute to her and in aid of the charity has raised more than £150,000 (including Gift Aid).

Mr Mitchell said that was “beyond anything we may have dreamed of”.

Daisy Goodwin claims she was ‘groped’ at 10 Downing Street visit